The tennis player’s ex-wife is putting her foot down and standing by her claims of being assaulted just last month by Nikoloz Basilashvili.

The player, who is ranked No. 27 in the world, was charged with violence against Neli Dorokashvili last month following a disagreement, according to a statement from the Prosecutor’s Office of Georgia. 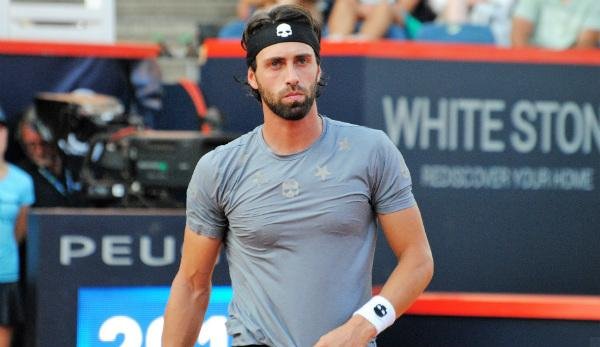 A statement from the player’s lawyers read, “We would like to ensure Nikoloz Basilashvili’s fans that video footage already submitted to the court evidences our client’s position and fully discharges him from the above mentioned untrue allegations.

The ex-wife’s lawyer on the other hand stated, “There are people who are witness to their relationship. There are some video records and audio records. There also some transcripts, there are dialogues of phone text messages and so forth. Unfortunately, the media covered the issue unfairly and the vast majority of the population of Georgia supported Basilashvili, not because of the aspects of the case, just because of Basilashvili’s reputation and because of his sex. But we are still trying to do our best to defend a young lady who is morally judged by the Georgian community.”

The statement from the player’s lawyers continues, “Nikoloz Basilashvili is deeply saddened by the false allegations and the ordeal he had to go through during the last few days; he also regrets the inconvenience for all friends and family members who have gotten involved,” the statement from his lawyers continued. At the same time, he would like to express his gratitude towards the general public for their unconditional support, and he will prove his complete innocence and allowing the whole truth to prevail.”

Tennis News: Roger Federer recalls the incident where he was turned away from Wimbledon

Tennis News: The ATP penalised the Lawn Tennis Association £820,000 for excluding Russian and Belarusian players from grass-court competitions this summer before Wimbledon. It is...
Read more
Tennis

Tennis News: Rafael Nadal, who has been quite active on social media since the season finished last month, just uploaded a brief film with...
Read more

Naomi Osaka calls for ‘privacy and empathy’ when she returns to...